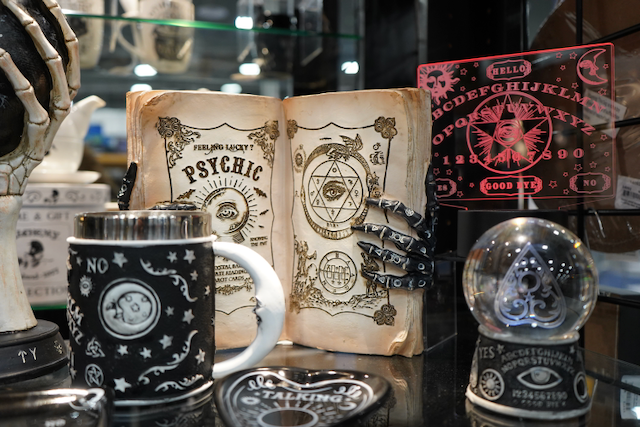 Retail Trend: Why Your Customers Love The Evil Eye

In the last eight years I’ve been a part of the ASD team, I’ve notice certain products with certain symbols and styles that always sell no matter what their retail category is. One of the most popular at ASD Market Week is the evil eye. The evil eye is one of the oldest symbols in the world and is found in many cultures and societies.

Although some consider the evil eye a sign of bad luck, others view it as a protective amulet. Throughout history, the evil eye has been used as a shield against the dangers of the unknown. It is a powerful symbol, often seen as a good luck charm or talisman, and is believed to have the power to ward off evil spirits and bad luck. 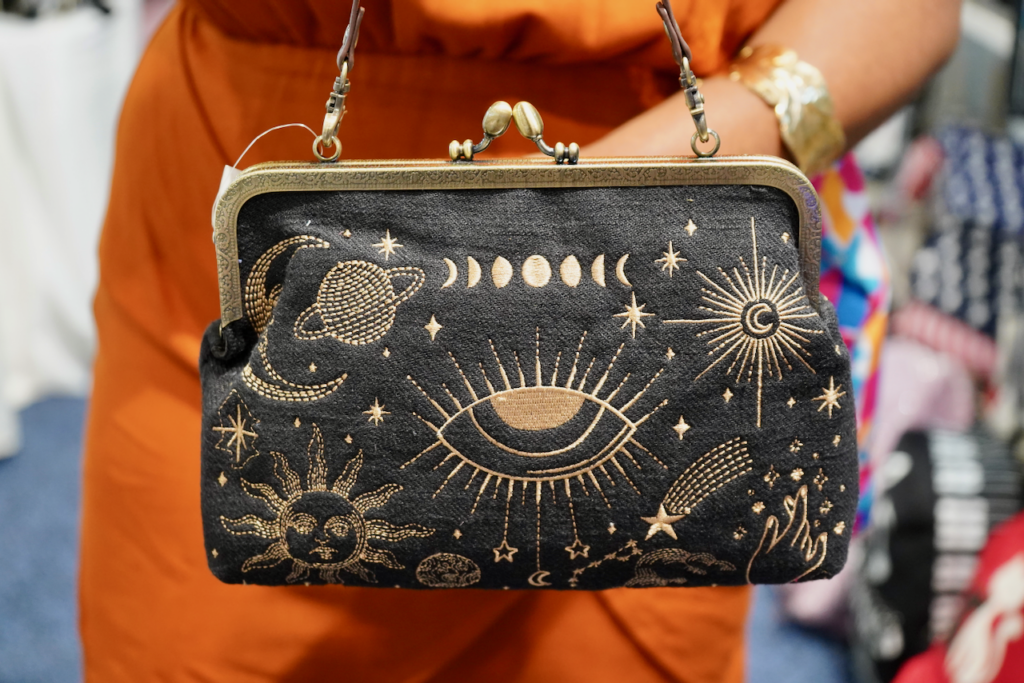 What is the evil eye?

The evil eye is a concept that dates back to ancient times. It is a belief that a certain look, usually a disapproving glance, can cause harm, injury, or misfortune. This superstitious belief is thought to have originated in the Mediterranean, Middle East, and Asia Minor regions. Many cultures attribute a person with “the look” to magical powers, often related to envy or jealousy. The evil eye is also known by many names, including “mal ojo”, “jat eye”, “jaad”, and “nazar”. 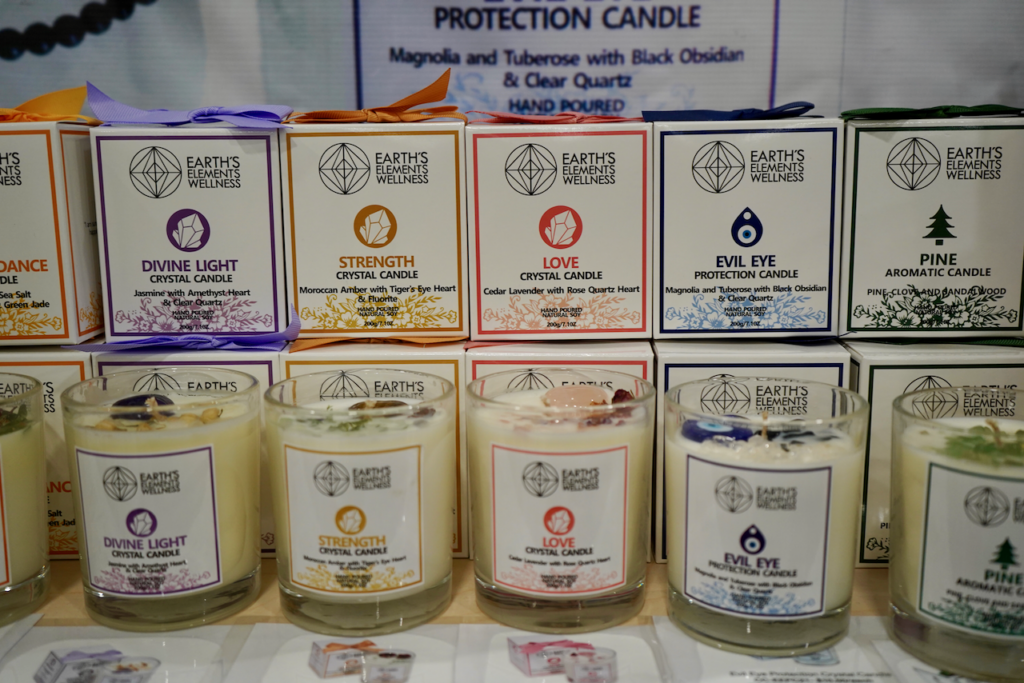 History of the evil eye

The evil eye is one of the oldest symbols in the world. It is believed that the origins of the evil eye can be traced back to many ancient civilizations and cultures. The earliest mention of the evil eye is found in the writings of the Assyrian people. In their language, they described the evil eye as “the glance that brings death”.

The evil eye was also a common theme in Greek mythology, such as the story of Medusa. The evil eye is also mentioned in the Old Testament, where it is referred to as “the evil eye”, “the eye of envy” and “the eye of scorn”. The evil eye is believed to have spread throughout the Middle East, Asia Minor, and Europe via the Silk Road. 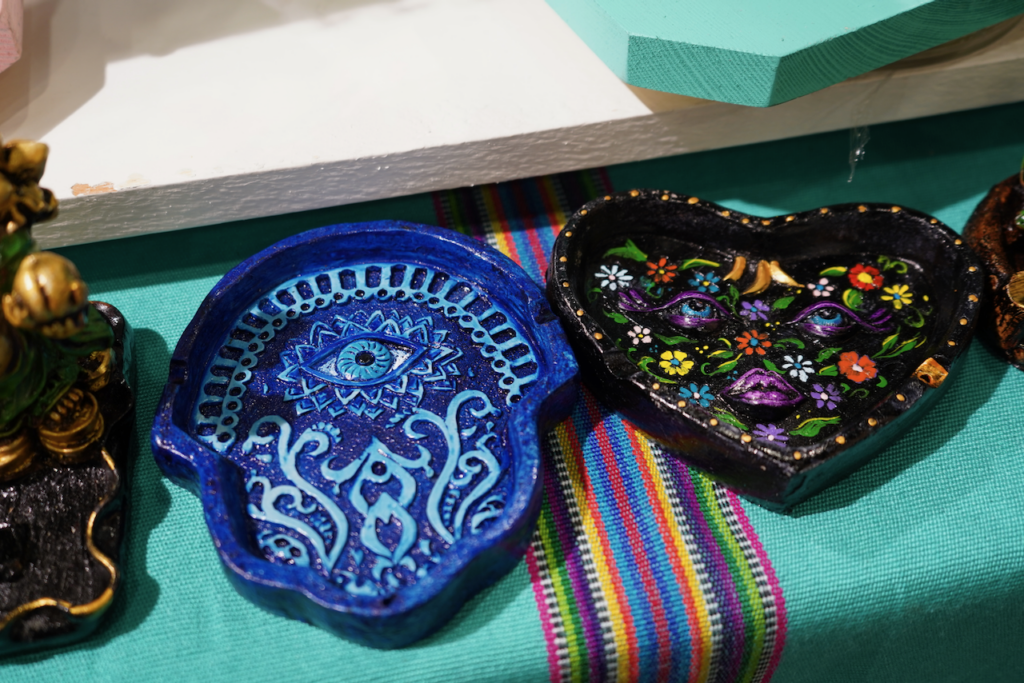 The meaning of the evil eye

The evil eye is a symbol that often represents good fortune and protection. It is often associated with envy, jealousy, and the concept of “keeping your eye on the prize”. Eyes represent the ability to see, and they are often used as a metaphor for insight, perception, and knowledge. Eyes are a powerful symbol of protection, security, and good fortune, especially when combined with the evil eye symbol. It is a reminder to keep your focus on what is important in life and to let go of any negative feelings. 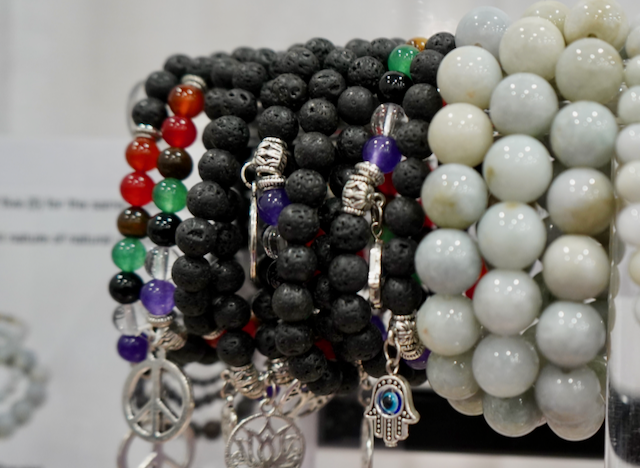 How the evil eye is used as a symbol in retail

The eye is one of the most heavily represented parts of the human body, and the organ is often used as a powerful symbol in art, mythology, and religion. The eye is a symbol of knowledge, insight, and perception.

The evil eye is often used in jewelry, as it is believed to have many protective qualities. When worn, the evil eye is said to protect the wearer from evil spirits, bad luck, and harm. The evil eye is also believed to bring good fortune to the wearer, especially when given as a gift.So while it appears a bit menacing, it’s actually has positive intent. So if you’ve been considering adding it to your merchandise assortment, give it a try! 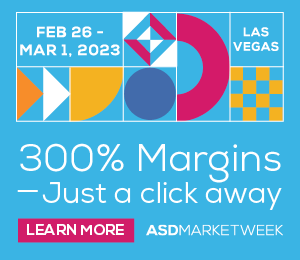 Macala Rose Wright is a wellness expert, writer and researcher who specializes in health, wellness, and consumer behavior. Her expertise has been published in the New York Times, Wall Street Journal, San Francisco Chronicle, and many more publications. When she’s not writing about consumer behavior or food, she can be found scouring for deals in antique shops or on the back of her horse. You can follow her on Instagram @Macala or connect with her on Linkedin at https://www.linkedin.com/in/macala. 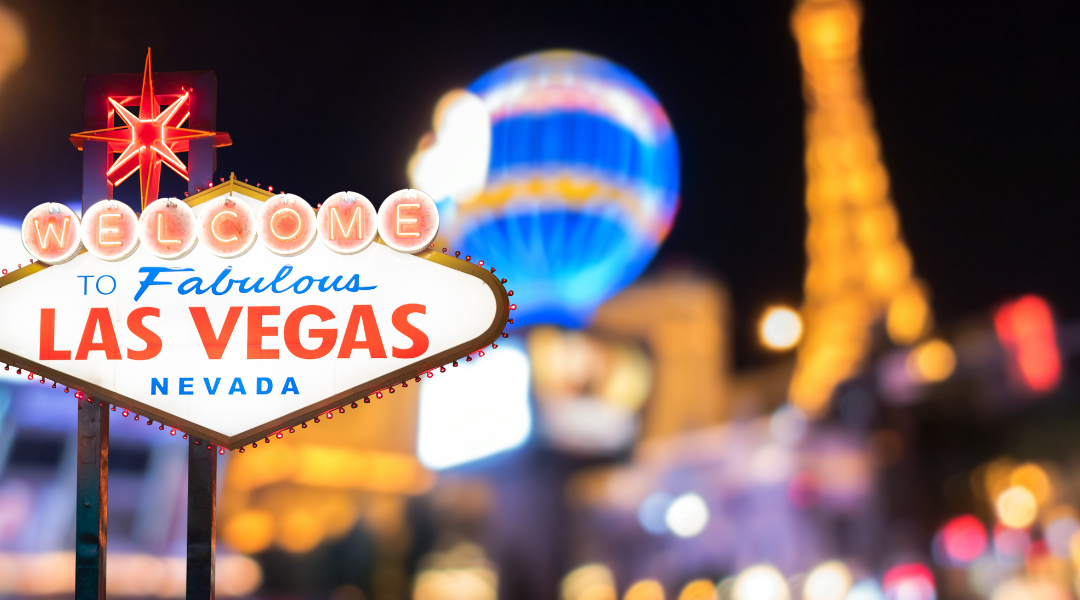 What to Do in Las Vegas When You’re Not at ASD! 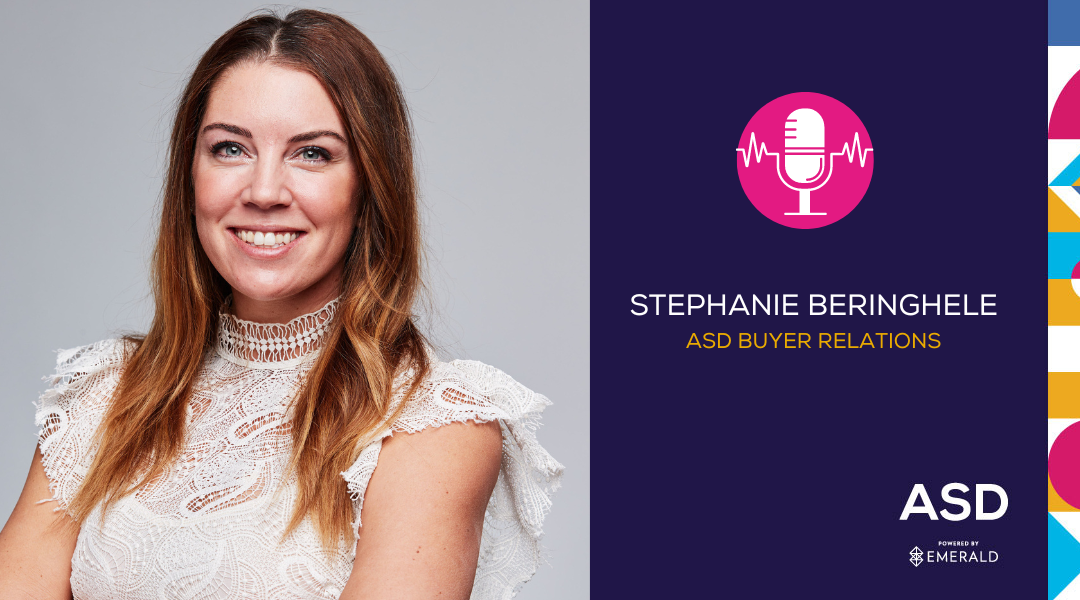 In this episode, Stephanie and I talk about: What’s Happening at ASD Market Week The Launch of ASD’s New Retail Advisory Council What We Learned At NRF Why Ikea Customers Love Sustainability and Trade-In Programs How Petco is Taking on Tractor Supply Investing in the... 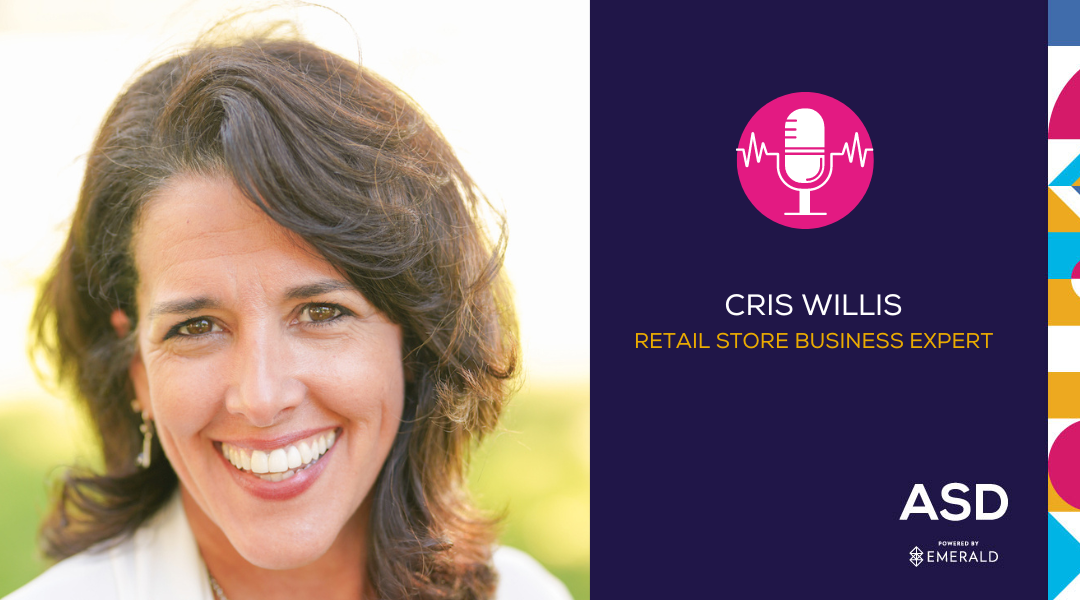 Closing Your Store and Liquidating Your Merchandise 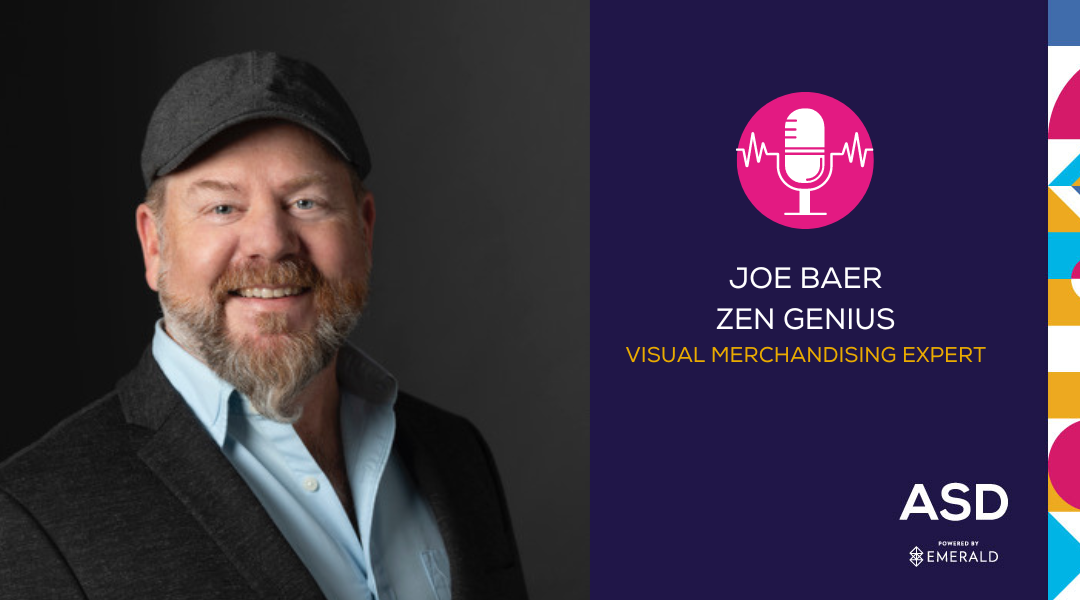 In this episode, we speak with Joe Baer, the founder of Zen Genius, a visual merchandising and events firm. In the past, we’ve worked with Joe to create amazing guides and videos on merchandising for the ASD Market Week community. In this interview, Joe Baer talk to...